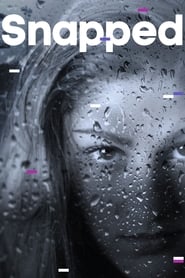 IMDb: 6.6
The fascinating cases of every day, seemingly average moms, wives and girlfriends accused of murder. Did they really do it? And if so, why?
CrimeDocumentary

2010
Hair Battle Spectacular is an American television series that premiered on the cable network Oxygen on August 10, 2010. The show follows 10 hair ...

2010
Love Games: Bad Girls Need Love Too is an American reality television dating game show that premiered on the Oxygen Network on March 16, 2010. It ...