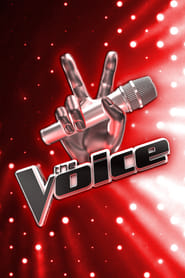 IMDb: 3.3 35 المشاهدات
A vocal contest reality series featuring people with real talent and great voices. Only the very best singers make it through the the blind ...
Reality

2010 16 المشاهدات
The Door was a two-part celebrity series broadcast on the ITV Network in the United Kingdom and hosted by Amanda Holden and Chris Tarrant. Keith ...

2010 12 المشاهدات
May the Best House Win is a British lifestyle game show, which currently airs on ITV. The show is produced by Shiver and narrated by Guy Porritt. ...

2010 14 المشاهدات
In 1995 cameraman Dave Houghton went to the Okonjima game reserve in Namibia to film footage of the majestic cheetahs, and he never left. Now he ...
Documentary

2010 25 المشاهدات
Ant & Dec’s Push the Button is a game show which first aired on the ITV network. The show is hosted by Ant & Dec. During the show ...
Comedy

2010 11 المشاهدات
Ten Mile Menu is a daytime cookery programme first broadcast in 2010 for ITV narrated by Caroline Quentin. The show features celebrities and ...

IMDb: 9 2010 19 المشاهدات
This riveting documentary goes behind the scenes at iconic London hotel, The Savoy, as it undergoes a 100 million pound makeover. With ...
Documentary

مسلسل Odd One In مترجم

مسلسل Odd One In مترجم

2010 21 المشاهدات
Odd One In was a British comedy panel game show, broadcast on the ITV Network. It is hosted by Bradley Walsh. The regular Home Team are Peter ...
Comedy

IMDb: 2 2010 29 المشاهدات
The Little House is a drama series based on the novel by Philippa Gregory. The drama follows the story of Ruth, who is married to career minded ...
Drama

IMDb: 8 2010 24 المشاهدات
Married Single Other is a British television drama created and written by Peter Souter. The series is based on the lives of group of people who ...
ComedyDrama

2010 18 المشاهدات
Magic Numbers was a British television show in which celebrity contestants answer questions to generate a sequence of 6 numbers. Members of the ...

IMDb: 1 2010 12 المشاهدات
Daybreak is a national British breakfast programme, broadcast weekdays on ITV. It is presented live from The London Studios and contains a ...

IMDb: 5 2010 25 المشاهدات
Bouquet of Barbed Wire explores the consequences of a father’s obsessive love for his daughter and how secrets once buried in the past return to ...
Drama

2010 12 المشاهدات
Popstar to Operastar is a British television programme singing competition based around the training of current pop stars to be able to sing ...

2010 14 المشاهدات
The Michael Ball Show was a British topical entertainment show broadcast on ITV in 2010. It featured entertainment, discussion and showbiz ...

2010 14 المشاهدات
The Zone is the name given to a shopping and gaming channel on Freeview. The channel is an interactive gaming and home shopping programming ...
الصفحة 1 من 41234