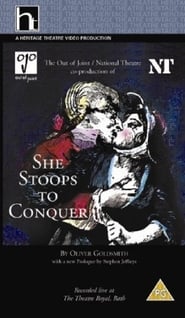 فيلم She Stoops to Conquer مترجم

Oliver Goldsmith’s classic comedy of manners tells of the clever schemes and comic ruses that unfold one night at a country house. An ambitious step-mother, impassioned sweethearts, a pragmatic father and a pair of star-crossed suitors are sent spinning through a hilarous comedy of errors by one of the great characters of the stage, Tony Lumpkin. The National Theatre and Out Of Joint co-production of Goldsmith’s comedy, recorded live on stage in Bath, after it’s premiere at the Lyttelton theatre in London.

العنوان الأصلي She Stoops to Conquer