2007 44 المشاهدات
Ayie is a young man currently studying in college. He is very much fond with racing cars. He is often invloved with illegal race car activities ...
Action 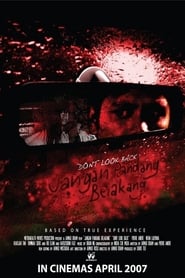 2006 19 المشاهدات
Friendship between five companions sekampong , alias , Round, interesting , Budi and Illa threatened by the arrival Zurina of the city.

2006 91 دقيقة 37 المشاهدات
The story is about a Mat Rempit named Madi who works as a dispatch boy by day and street racer by night. As a Mat Rempit, his activities at night ...
Action

2002 47 المشاهدات
The story starts with Hakimi, a freelance scriptwriter who is on his way to send his 7-year-old daughter, Imelda, to his ex-wife’s house on ...
ComedyRomance