IMDb: 6.1
Jefferson Pierce is a man wrestling with a secret. As the father of two daughters and principal of a charter high school that also serves as a ...
Action & AdventureDramaSci-Fi & Fantasy 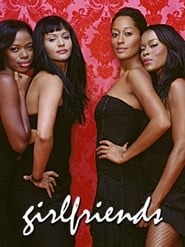 IMDb: 8.6 2000 6 views
Girlfriends is an American comedy-drama sitcom that premiered on September 11, 2000, on UPN and aired on UPN’s successor network, The CW, ...
ComedyDrama